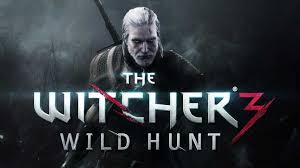 The Witcher 3: Wild Hunt is out now and it is great! One of the new features is Geralt’s beard growing from clean shaven, to scruffy, to full blown beard over the course of hours spent in game. They have also added a complex weather system that changes the way you play depending on whether the weather is good (don’t sail during a storm). Another great gameplay mechanic is the day/night cycle, which changes the look of areas, as well as changing what monsters you encounter and also changing the monster’s themselves, for example werewolves are much more dangerous during the night. Many are calling it one of the most visually stunning games ever made. It plays wonderfully and looks better, well, it does if your computer can run it properly. The Witcher 3 has some pretty serious spec requirements on PC, but boy is it worthwhile if you can run it properly.

The MINIMUM requirements are:

These   are some serious specs, and that is just the bare minimum! To get to the higher tier of graphics you will want to at least meet the recommended specs which are:

Now that is a gaming rig, pretty comparable to my personal gaming rig. With a gaming machine like this you know that you will be able to play just about ANY game ever made as well as games for years to come. But where to get such a gaming rig? Give us a call. We do custom gaming builds regularly and would be happy to help you customize the machine just the way you want it. So give us a call and get a gaming rig that can show you all of the glory The Witcher 3: Wild Hunt has to offer.