So, you’re sitting in front of your computer and you’ve got no desktop. What do you do next? Here is a list of some basic troubleshooting steps that may help you. It might get you back up and running, or help you describe the issue better to your repair technician.

Is it plugged in?

I know this sounds like a dumb question, but sometimes cables get bumped. I can’t tell you how many times I’ve heard someone say, “Well actually, the cable DOES feel a little loose.” It’s an easy fix, and costs nothing. Also, might be a good idea to check the outlet/power strip, see if everything on the strip is also powered off. I’ve seen them go bad, and I’ve seen the switch get flipped.

If you know you’ve got power, but the power light on the PC won’t light up, you’re probably going to need a tech. Your power supply might be bad, or worse.

What do you see?

Let’s say you got through the first step, and the power lights are on. Is the screen showing anything? Is the screen turned on? These cables can get bumped loose, too. Is the cable securely attached to the back of the computer? One simple issue we have seen is hooking up more than one cable to the back of the PC. You should only use one. If the screen is on, are you on the correct input? Most monitors support several input types, such as VGA, HDMI, DVI. If the screen is on and on the correct input, you might need a tech. The video card or motherboard may be malfunctioning, giving no video signal.

You’ve done the other troubleshooting steps. The computer is on, the screen is on, you get a display, but it’s not what you are expecting. Maybe you have a black screen with NO BOOTABLE MEDIA. This could indicate a failed or failing hard drive. Perhaps you’re in the BIOS screen and don’t know what to do next. Is the system saying it’s checking the hard drive for errors? Are you on a blue screen with white text and some options? In the event of recovery mode (The blue screen with white text) You could simply have a failed windows update. In the event of any of these, you’re probably going to want to head to your friendly neighborhood computer shop. Whether a hardware or software failure has a occurred, a technician can help you determine the cause, the solution, and get you back up and running. 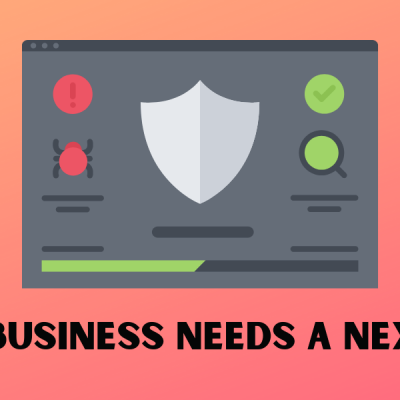 Why Your Business Needs a NextGen Antivirus